The Best Thing About My Day 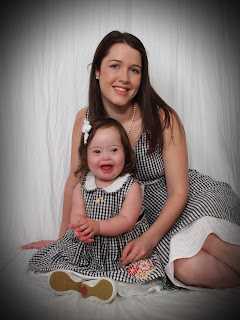 When I dropped Lilly off at school today, another mom had just arrived to drop off her kid as well. I didn't know the mom, and had never really seen her son interact with Lilly. Anyways, the mom said to me: "I just wanted to tell you, I asked Harry what the best part of his day was yesterday, and he said 'Playing with Lilly.'" I have to say, my heart just kind of melted right then and there. I mean, of course it's the best part of my day, but for Random Kid to feel the same way? And then her teacher said "Yeah, Lilly's the most popular kid. Everybody loves her." How cool is that?!

And as I'm lying here in bed, an insomniac (it's 2 am NZ time), thinking about how wonderful my little girl is, and what a proud moment that was, I can't help but let my thoughts wander. What if someone had told me that when I was pregnant?

Unfortunately, my pregnancy experience was different, at least in a medical perspective. When we walked in for our 3 month ultrasound, super excited to hear the heartbeat for the first time and maybe get a good look at this little chicken we were cooking, we had no idea the appointment would end with being told that there was a one in less than 5 chance that our daughter would have Down syndrome. Which was said with such disappointment from the doctor "I'm sorry to have to tell you this... There's a problem... You have options..." Why was it given as such a negative? With that attitude, I can almost see why the current statistic is 92% of couples who find out about their child's diagnosis of DS aborting. In fact, it quite honestly pisses me off (for lack of better words) that DS is something that is checked so cavalierly and casually during pregnancy, without thinking of the ramifications. Can you imagine if we had been swept up in what "most couples do"? If we had gone through with the amnio, with the risk of miscarriage, and then decided, before even meeting our angel, whether or not she was worthy of life? I can't even fathom it.

I know it's a subject that many people have differing opinions on, so I'm not necessarily trying to ruffle feathers, but all I can say is that my daughter is amazing. She is the complete opposite to the outdated negative stereotypes: she is bright, funny, adorable, beautiful, and popular! She is the best part of Harry's day. And mine! And she's not the exception to the rule when it comes to kids with DS today. I am so impressed with all the kids we meet with DS, and it's not unheard of to hear about adults with DS going to college, getting married, and being voted prom king or queen.

After that first ultrasound appointment, which was 3 days before Christmas, Jon and I declared that we felt like Christmas had been taken away from us. That the joy of the pregnancy was over - because from the medical perspective, it seemed like our little fetus was a disappointment. Luckily we kept the faith that our daughter would be a miracle no matter what; but the real amazement was when Lilly was just 3 weeks old, and Jon picked her up from the bassinet next to our bed in the morning. He said "Waking up to Lilly is like waking up to Christmas every day." And he meant it, and we still do feel that way. And it's so ironic that the actuality of our daughter is so different than the negative impressions that were presented "way back when."

I think of all that she is exposed to - a typical preschool experience, loving parents, lots of traveling, widespread acceptance, and more stimulation than a child needs! And I think of the kids that were born 50 years ago, who were locked in dismal institutions without love and attention, and no wonder the reputation was developed about kids with DS. Because no child would thrive like that. And I think of all the kids who don't get the opportunities to even exist because of the first impressions that a random ultrasound technician or obstetrician gives to a newly pregnant couple.

I have tears in my eyes...beautifully written! I want to play with Lilly too!!!