The bucket list. Things we want to accomplish in our lives. 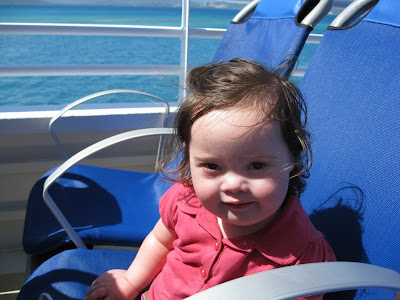 Lilly on a boat in Puerto Rico

Lots of things have been on my general bucket list. Things I had always planned to do: get married, go to law school, have a little girl I'd name after my grandmother. 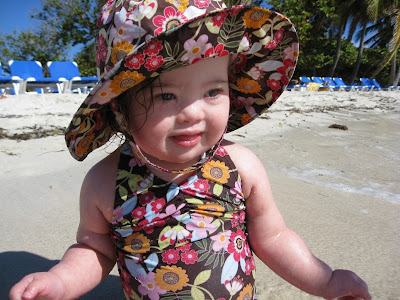 Lilly at a beach in Puerto Rico
And then the things that I hadn't planned but sound even cooler: marry a neurosurgeon, have a beautiful daughter who has Down syndrome (in retrospect I SO wish I had originally had this on my bucket list because what an amazing journey!), and live in New Zealand for a year.
Lilly has her own little bucket list, which is incredible. The things she's done, the adventures she's had, the experiences we've witnessed - wow. 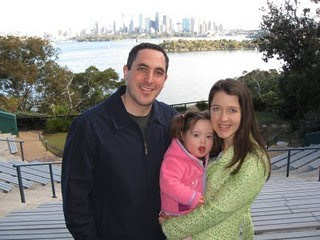 At the Sydney zoo with the harbour and skyline behind us 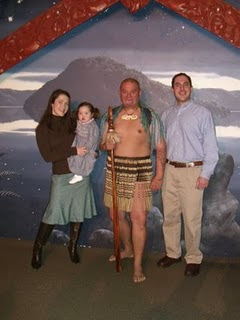 At an Australian cultural show

For all that we lack in stability of living in one place for more than a year and having "normalcy," we've instead been able to provide her with many once-in-a-lifetime experiences. Like living in New York City for a year and having Central Park and Broadway shows be her playground and normal entertainment. Bizarre. And helicopter rides in the Bay of Islands in New Zealand, and weekly horsebackriding in Virginia, and constantly living in places with amazing views - whether it's a water view with Waiheke Island, the Blue Ridge Mountains, or New York skyscrapers. Really insane, this little girl's childhood. And she's only 4. 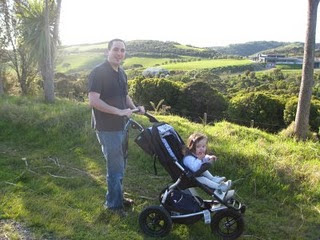 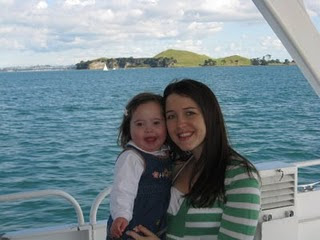 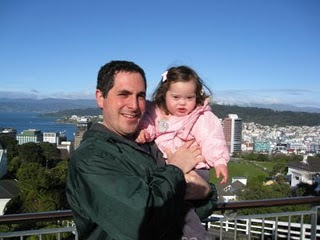 The joke when we lived in New Zealand is that we were experiencing the world, one playground at a time. Because we literally were traveling all over, and amidst our experiences we would always seem to find a swing with an amazing backdrop in a unique location. And that is the stuff in which memories are made from. Seeing Lilly swing in Sydney Australia, St Heliers Auckland, Queenstown on the South Island, throughout all over Manhattan. 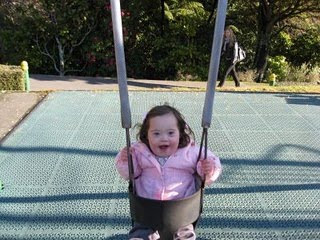 Jon and I have been talking a lot about Europe recently, since we've booked our cruise. In our little family of 3, he is the most-traveled, and spent a good amount of time overseas. I asked him, from his summer abroad, what did he most remember? What was the most meaningful? What was his greatest impression of the cities he visited? 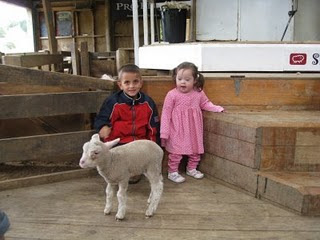 Sheep World, an hour outside of Auckland 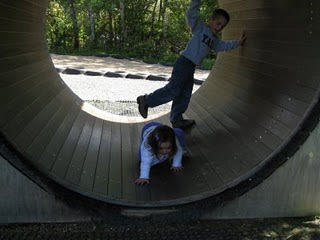 The funniest and fun-est (not a word, but seriously was) time of my life - a giant hamster wheel. I gotta get me one of these! 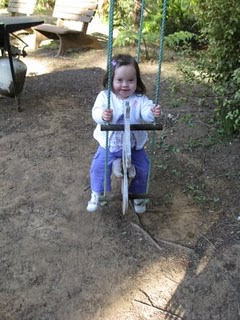 And he answered: he was sightseeing with big tour groups. They moved quickly from one museum, monument, sculpture, exhibit, to the other. They checked things off their list, learned a few facts, and kept moving. He had been in Barcelona once before, and said he never saw the city; the tour moved too fast and there wasn't time to really explore, and appreciate what he was seeing. It was great to see, but he missed out on a lot of special "moments" that way. 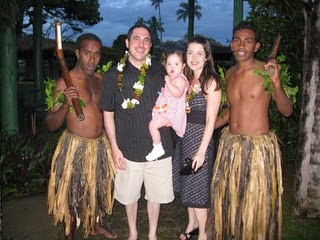 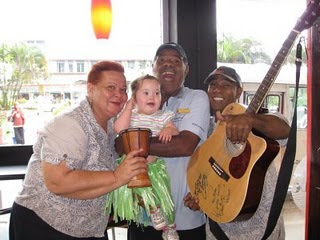 Lilly with the locals in Fiji

Now, with a 4 year old (who will be 5 at the time of our trip), I don't count on doing too many sight seeing tours. And while I find the history of these cities fascinating, especially how old and intact so much is in Europe. How cool would it be to see Pompeii, or visit the museums in Florence? But I don't think this particular visit will be that kind of trip. 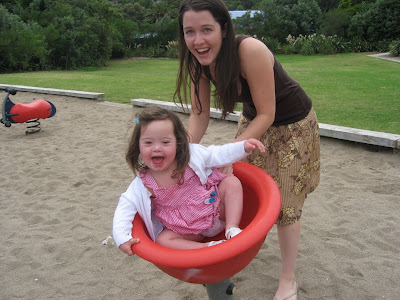 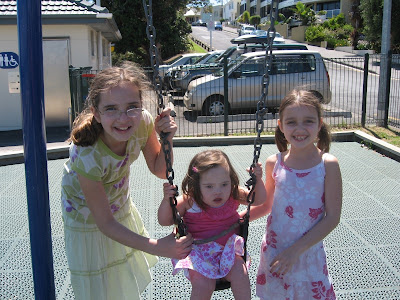 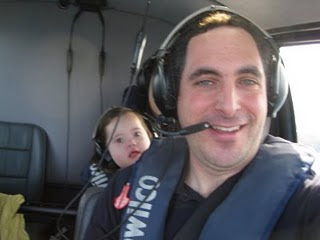 Helicopter over the Bay of Islands (coolest thing ever)

I'm actually much more interested, this time, in the people. In the way of life. In each city's uniqueness. In each playground we can find, and have Lilly play next to the local children. In each off the beaten path restaurant. I mean, the history is cool, no doubt: but from the way we've traveled with Lilly during our New Zealand year, the coolest part is the experience, how each place makes you feel, not exactly what you did or saw. That's not to take away at all from the traditional "excursions" - but moreso how can we best explore these Mediterranean cities in a way that checks things off our bucket list? Lilly on a beach in Corsica? check. Lilly on a playground in Malta? check. Lilly eating traditional pizza near Naples? check. Lilly on a local train to explore a small town near La Spezia? check. Lilly on a camel in Tunisia? check. 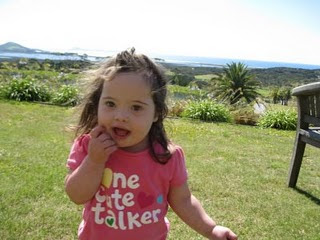 Lilly at a vineyard at the North part of the North Island, NZ 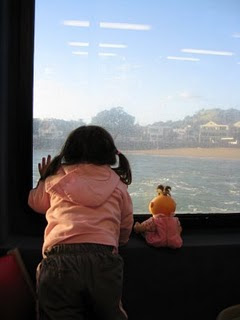 Lilly on a ferry to Devonport

I do have two places on my own personal bucket list though that I want to experience, which are worth forcing a little girl to sit through a boring tour, and they both exist in Rome. It's the Vatican, and the Coliseum. I can skip some of the other things in favor of a more well-rounded kid-friendly experience, but not the Vatican and Coliseum. It doesn't matter who you are, those are on the bucket list. Hoping they are on Lilly's as well, because we're planning an all day excursion to see them, plus Villa Borghese (which from what I can tell sounds a lot like the "Central Park" of Rome), and a traditional meal at a restaurant in Rome, which I'm hoping will contain pasta comparable to what Julia Roberts was eating in Eat Pray Love. 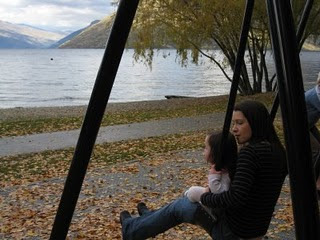 Lilly and I on swing in Queenstown, South Island, NZ

I feel like this trip-of-a-lifetime will be filled with fantastic memories and a little bit of sensory overload, but perhaps in mostly keeping with the "tour a playground in each city" experience that we maintained during our New Zealand year, Lilly will have a fabulous and fun trip as well. And there will be nothing cooler than sitting on a beach in Corsica on my 30th birthday... check! 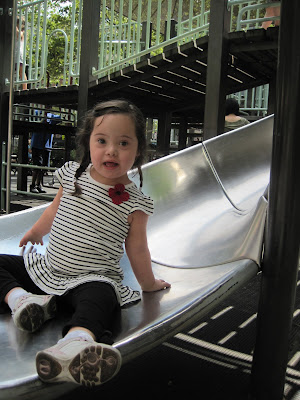 Lilly in NYC
Posted by Cathleen at 6:08 AM

I can recommend two playgrounds to visit during your cruise ("I" being your former neighbor in Houston, Dorothy Baker). Larry and I lived in Villefranche in 2009-2010, our apartment overlooking the harbor where we saw the Disney ship regularly. If you want to see Monaco, the ultimate fairy-tale land, walk from the harbor to the main street where you will find the bus stop. For one euro you can ride to Monaco, generally about a 20 minute trip. Take the first stop in Monaco, Place des Armes, and follow the crowds uphill to the Palace. As you walk along the palace yard to take in the views, you will see a great little playground overlooking the Mediterranean. I don't recommend going to Nice with a five-year old. I love, love, love Nice, but there's lots more walking involved, the water at the beaches is much rougher, and the only playground that I could recommend (on the castle grounds) is a major uphill hike. If you want to stay in Villefranche, there's a cute playground right in the public gardens, just next to the bus stop. If it's a Saturday, you'll have the advantage of the fruit and vegetable market on site. You'll want to check out the Villefranche old town, which is precisely where the tender will leave you. Have a coke at one of the little restaurants on the harborside. (If you decide to go to the restaurant Trastavere, say hi to the waiters there for us!) The beach at Villefranche -- a quick walk to the right -- has water calm enough for little ones. You will have a ball!

Wow, perfect advice! And how wonderful to live in Villefranche! Thanks! Stay tuned in July for us to post pictures from those playgrounds. :)