Our weekend, in pictures

A laid back, relaxing weekend with family in New Jersey. Lilly was so excited to go, as we got ready first thing Saturday morning.... until she threw up on her bed after inhaling a bagel too quickly. We weren't sure if it was the bagel or if she was sick (she hasn't thrown up in 2 years) so we waited a few hours to make sure she was 100%.

Finally, at 3 pm, we were rushing out the door. Here's miss Lulu in the elevator of our building... 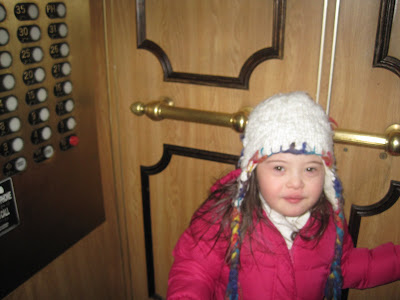 We hopped in a taxi, and arrived at Penn Station with perfect timing - 5 minutes later and we would have to wait an hour for the next train. We settled in happily. What an easy trip so far!

In Seacaucus we had to transfer to another train, which showed up perfectly on time. We again sat down and sang songs and settled in for another 30 minutes on the train, until we would arrive at our destination.

So we waited outside in the freezing 20 degree weather. No trains would come by to rescue us, because our train was blocking the track. And we were literally in the middle of nowhere. 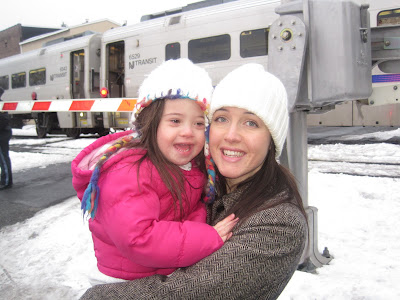 After 45 minutes of waiting outside, Jon talked to the police and convinced them to let us sit in their police car. And that's Lilly's first (and hopefully only!) experience sitting in a cop car. Luckily she was in the front seat, not the back, on my lap; but unluckily there was lots of police equipment to keep her grubby little hands off of! No pictures - I wasn't sure the police wanted me to document random people sitting in their car.

We finally arrived at my sister's house and had a great weekend! Sunday we decided to take my other sister's kids to the Princess on Ice show with Lilly. Lilly loves her cousins so much! 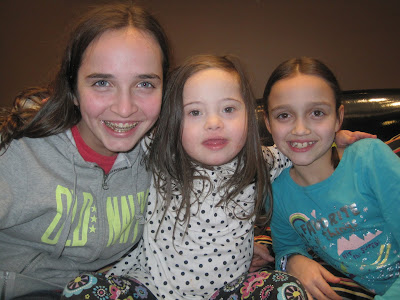 You got it dude! 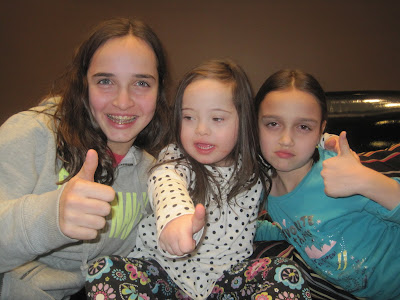 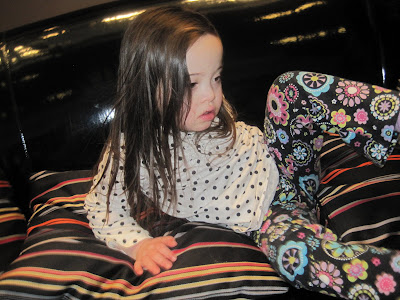 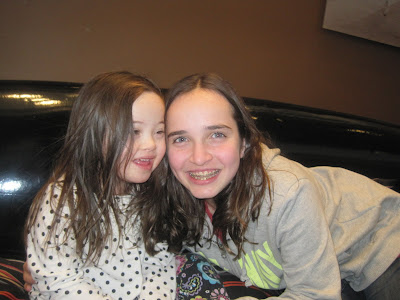 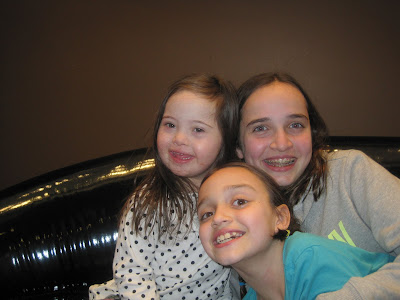 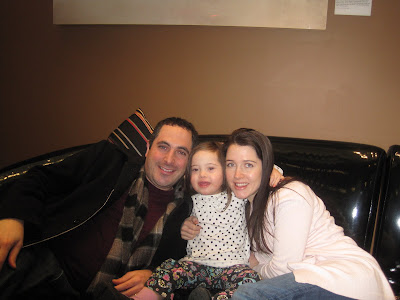 And MLK Monday, Lilly decided to start the day by running away to "go see daddy" because "he working." 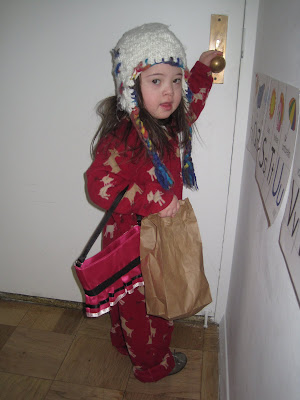 Omg, your train was on fire?!? Sheesh. Glad the cops let you hang out in their car! Just another day in the life of the intrepid Lilly... :-)