It's been about a month since I last posted, and it's been quite busy! Here is a rough recap.
We did a Buddy Walk a few weeks ago, raising money and awareness for Down syndrome.
Lilly had a great time. 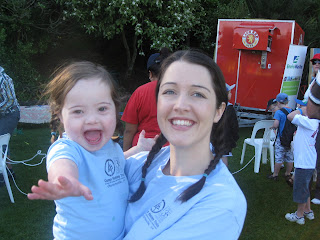 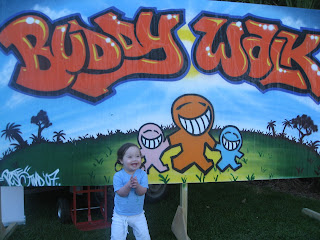 There was lots of dancing involved. 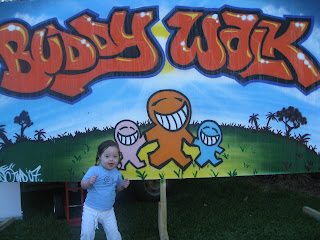 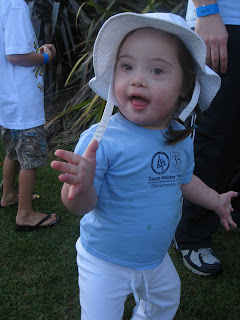 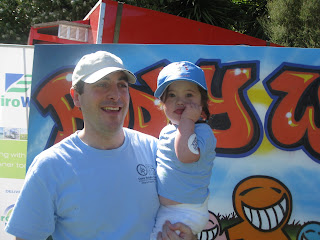 Later on that afternoon, Lilly & I went to the mall, while Jon had to work.
Lilly lay down on a bench for some reason, but she is adorable of course. 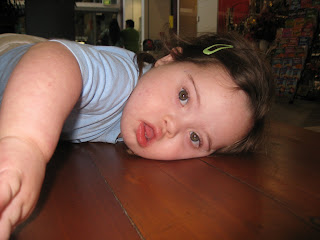 Running around the mall (Sylvia Park). She's pretty fast, so you have to be courageous if you don't bring a stroller. 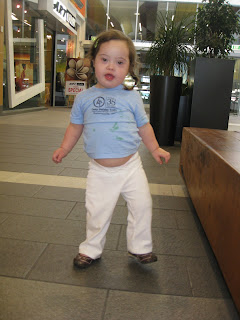 Next, we decided on a Thursday night to take her to the local high school (by the way, high school is called college here) production of Grease. By High School Musical standards,
it wasn't great, but by normal high school standards it was probably pretty good.
Lilly loved it, but we left halfway through, since it was way past Lilly's bedtime
(yet Jon was the one who fell asleep...?) 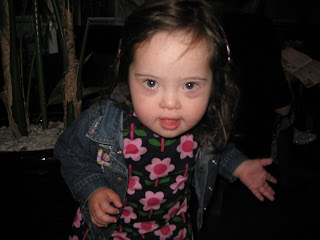 A couple days later, Lilly & I went to the local fair in St Heliers (the town we live near).
Lilly loved the live music and couldn't resist dancing. 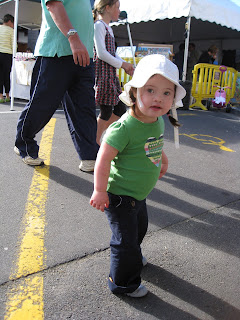 Here she is coming home from chuch on Sunday a couple weeks ago.
Notice the fashionable brown boots; she got many compliments. 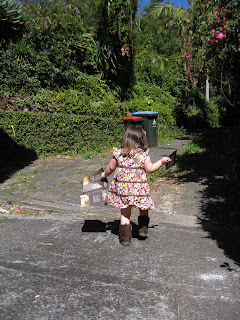 Lilly does a funny thing now, when I tell her I'm going to take her picture, she backs up (literally walking backwards) to wherever I'm taking the picture - for some reason she thinks she needs to stand up against a wall (or bush or whatever). But I totally think as she's backing up that I should go "beep beep beep" like those schoolbuses that go in reverse... 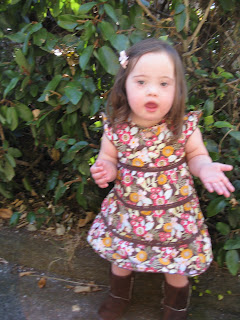 Here is Lilly at school with one of her 4 y/o friends - it was dress up day for the older kids in her class, while the younger kids (Lilly) got to go to Butterfly Creek on their first fieldtrip! 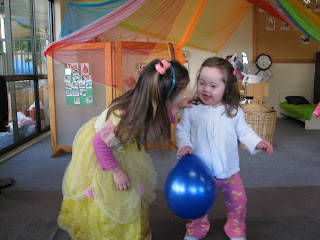 Lilly looking at fish at Butterfly Creek. Oddly enough, she was mostly running away this particular day, so it's funny to me that she looks so peaceful and attentive here! 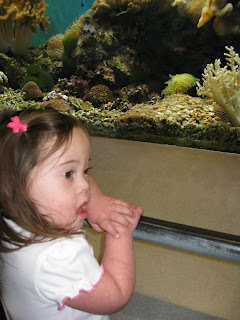 Lilly running past her boyfriends in the butterfly area. 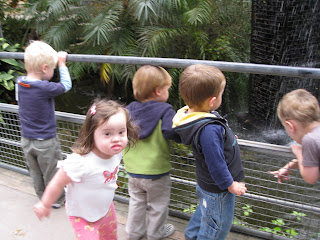 The last room at Butterfly Creek contained all kinds of insects... we came across this part which looks like a house and says "Lilly's House." Which, we thought was really cool, until we looked inside... there were all these real cockroaches scurrying around. YUCK! Wish this Lilly's House had something much more suitable for a princess. 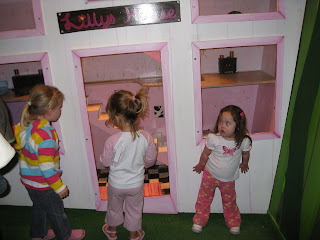 This past weekend was a 4 day weekend in New Zealand (even grocery stores/malls were closed!) Since I still had to work Fri & Mon (US calendar), Jon took Lilly on Friday to Devonport on the ferry. They road in a horse-drawn carriage. Lilly doesn't look too impressed.

But Lilly made sure to show Baby the view on the ferry ride home. :) 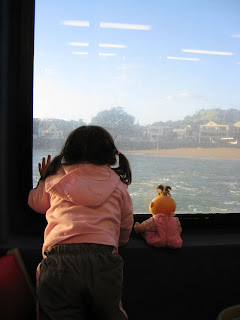 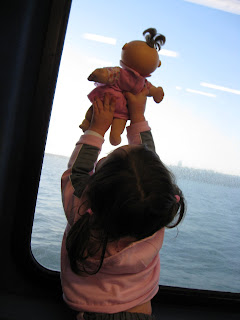 We decided to go to Pauanui (in the Coromandel Peninsula) for Saturday Sunday, since apparently everyone leaves Auckland on Easter weekend. Jon's friend's family has a house there that we stayed at. Here are Lilly & I on our way out the door... 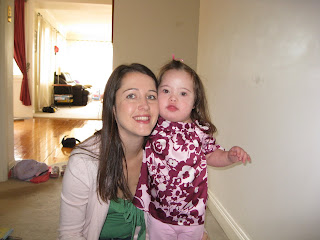 Lilly in a tunnel at the playground in Pauanui. 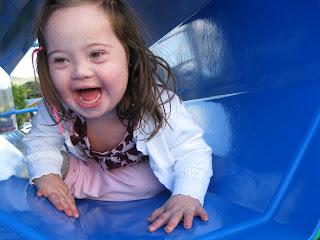 Our little family at the beach in Pauanui. 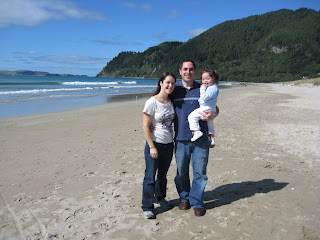 Lilly in the backyard of the house we stayed at. Probably the highlight of the trip, considering we don't have a backyard here in Auckland. (Not complaining, we have a million dollar view - but still, it's nice for a little lady to toss the ball with daddy!) 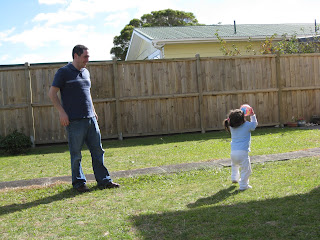 Lilly & Daddy on the swing in the backyard.
She can't wait - two months until we have a backyard again! 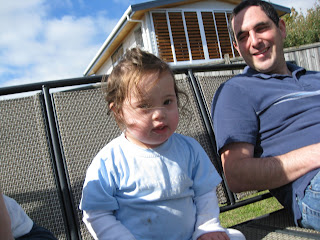