Here is my little princess at school. Remember, a year ago when we moved here, Lilly was still crawling and bearwalking. Now, in addition to running, she is climbing spider-walls by herself, and learning how to walk across balance beams. She is so proud of herself! And we are too. :) 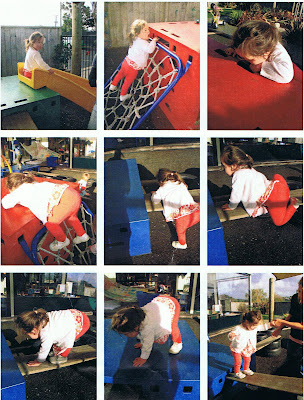 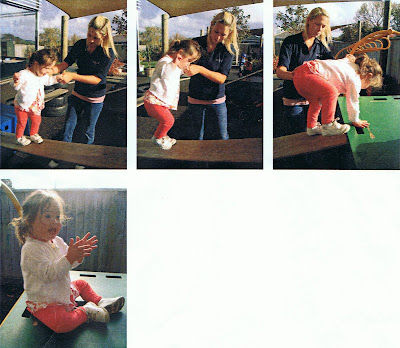 Posted by Cathleen at 4:14 PM No comments:

We have less than 3 weeks here, so I've started packing/sorting: 7 boxes go on a boat that we will pick up in 3 months from Richmond; 2 boxes (my computer) will be shipped straight to C-ville; and 5 suitcases for the plane. We have to figure out what we don't need for a few months, what we still need here now, what we need for the summer, what we need for Disney World (princess dresses and poncho's), and what Lilly (or Jon or I!) have outgrown. (Note to husband: I may make it look easy, as everything just "magically appeared" here from our house in VA, but I actually had to sort, pack, ship everything from the 10 boxes that came over here. Not to mention unpack TWICE and repack it once (long story, stupid shipping company).)

Anyways, since it was our anniversary I was already in "memory lane" mode. So as I'm going through all my Ann Taylor Loft shirts (the majority of my wardrobe) figuring out which ones I'll need this summer and which ones I can ship on the boat, I came across a few that I bought right before I started my job at Lexis (and yes, I can remember the story behind every single purchase in my closet - where, when, how much, even the "why"), and remembered this Classic Cathleen story.

It was summer of 2005. I was studying for the bar exam for a few months, which I partly loved because I'm a weirdo who loves studying and making notecards and lists; but it was very stressful as well. To this day, after moving to a random foreign country, giving birth to a princess, and being the wife of a neurosurgery resident, the bar exam is uncomparably the hardest & most draining thing I've ever accomplished.

So the night before the bar exam, I drove to Roanoke where the Virginia bar exam is held. I checked into the absolute worst motel ever: my door didn't lock, there were literally drug deals going on outside, and the place was completely filthy. (Note that the last hotels I had stayed in were 2 months earlier, the five stars Venetian and TheHotel at Mandaly Bay in Vegas; but even by regular motels, this one was by far exceptionally awful.) I brushed my teeth using bottled water, took a few t-shirts and arranged them on the bed so I could lie on top, and went to sleep. Except it was so dirty & creepy that I slept about 2 hours that night. The next morning I got into my suit (the bar exam dress code is suit and tennis shoes, for some reason), sleepily made my way to the test, and felt hugely unprepared. I hadn't even gone over my last-minute-flash cards, because of the awful hotel situation.

The first day was the essay day. 4 hours in the AM, and 4 hours in the afternoon. During the lunch break, Washington & Lee (my law school) had set up a boxed lunch for its students, so I sat & ate nervously with people I sort of knew, while we tried not to talk about or think about the exam.

Luckily after that first day, Jon had called a Holiday Inn Express about 15 minutes away, and got me a reservation for the second night. I went back to the ghetto Knights Inn, checked out, stopped by Fazoli's for dinner (everyone's favorite fast-food Italian!) and things were looking up.

I was still stressed, but I was halfway through now: one day down, one to go. I was ready to get this thing over with. I decided that I didn't care if I passed or failed; but completion was now the goal.

The next morning I started the multiple choice portion. I still felt largely unprepared, but just wanted to get through with it. I finished the 4 hour morning part in about 3 hours, and left for the 2 hour lunch break. I had no interest in making small talk on this day; I was stressed out and just needed a break from the stupid bar exam.

*** Here's where we get to the Classic Cathleen part***

I got in my car, and started driving. Don't pretend you don't know where I'm headed - I was driving straight to the Roanoke Mall. Ann Taylor Loft was calling my name. I was starting my first job a few days later, and decided this would be the time that I buy some new clothes for my new job. Yes, 3/4 of the way through the tough Virginia bar exam, on a 2 hour break, Cathleen goes shopping. :) But it was fate; they were having a HUGE sale; shirts for $10, pants for $20, I tried on every single item they had in my size and made a nice big purchase. I returned to my car with a few huge shopping bags, completely refreshed. Compare it to what the Tara dirt does to Scarlett in Gone With the Wind; I was now ready to tackle whatever hardships I faced.

I returned to the Roanoke Civic Center prepared to take the last 4 hour session of multiple choice. I completed it in just under 3 hours, turned it in, and figured there was a good chance I had failed. But it was complete and I drove as fast as I could back to Charlottesville, my lovely new Ann Taylor clothes keeping me company on the seat next to me.

And by the way, I totally passed the bar. I got the results the same week that I found out I was pregnant with Lilly Lou. :)
Posted by Cathleen at 12:56 PM 1 comment:

From this day forward... 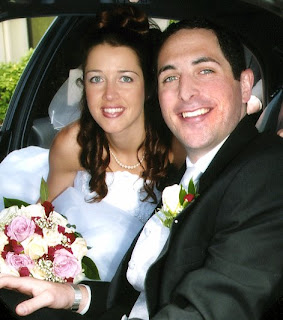 5 years ago today (or tomorrow, if you're not a day ahead in New Zealand), Jon and I exchanged vows at St. Benedicts Catholic Church in front of all our friends and family. It was such a beautiful special day to us, and we were lucky enough to celebrate from 11 am (our ceremony time) until midnite (the afterparty).

A few weeks ago, we had Lilly watch our wedding video. She was very excited to see her mommy and daddy all dressed up and featured big on the tv screen; but then again she gets just as excited when she sees a doggy on tv.

I still can't believe it's been five years. In the past 5 years we bought a house; I graduated law school, passed the Virginia bar, and got my first real job; Jon finished junior residency, completed two lab years, and is now finishing up his New Zealand year; and most importantly, we welcomed Miss Lillian Grace into the world almost 3 years ago. In some ways I feel like we became a family when we got married; but in many ways it took Miss Lilly Lou to truly solidify our bond. And each year keeps getting better.
We have a lot that we've accomplished "on paper." We are happily married, with successful careers, raising a beautiful princess. But the coolest thing is that it's not just on-paper, we are truly happy, a complete family. I would call us both lucky and blessed. Certainly, God is watching out for us. I love my husband and my daughter so much, and am so proud of our little family. 5 years down, 45+ to go!
Posted by Cathleen at 3:03 PM 3 comments: 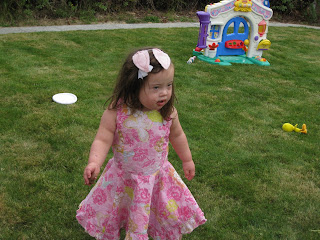 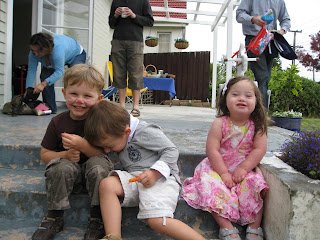 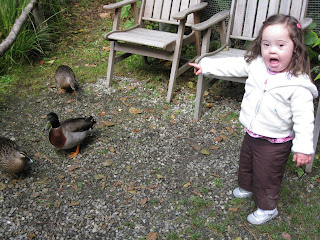 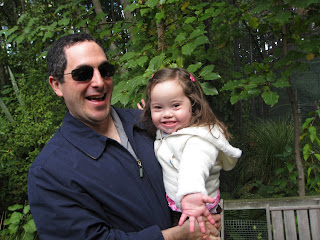 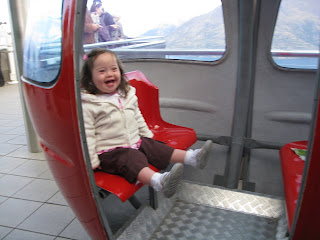 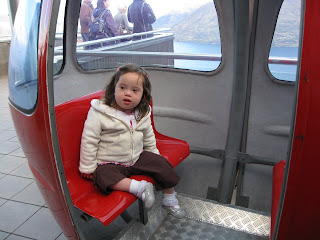 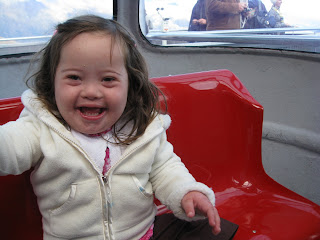 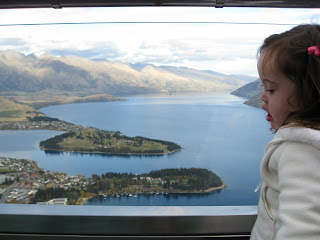 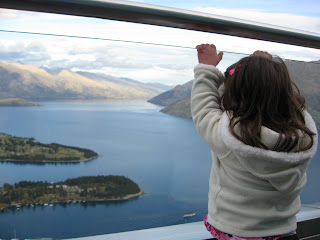 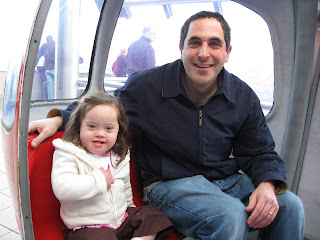 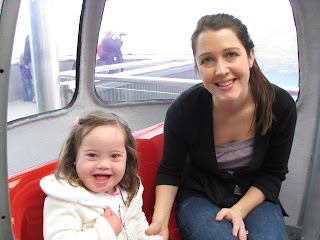 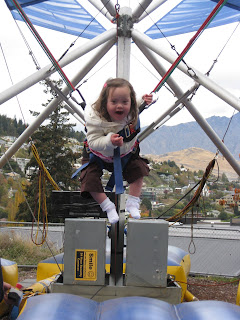 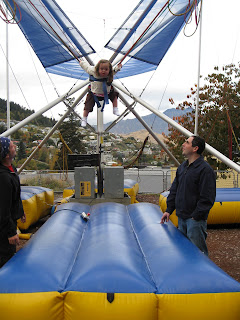 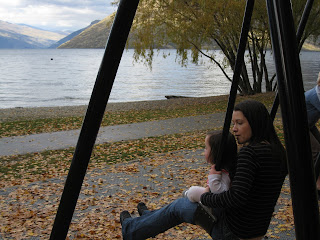 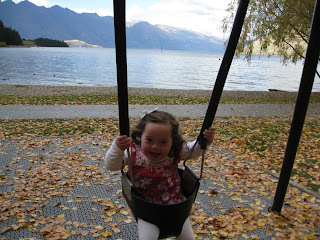 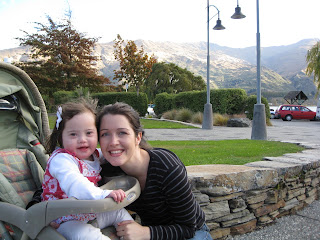 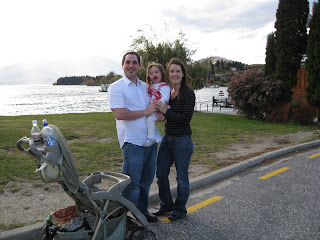 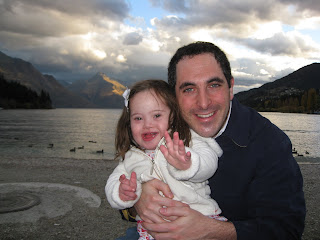 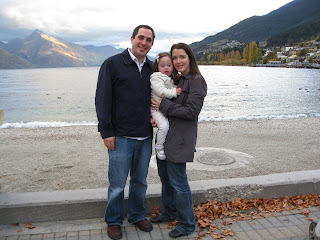 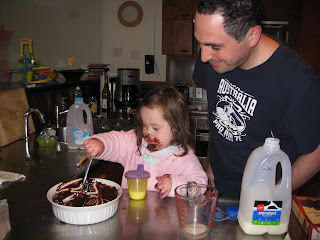