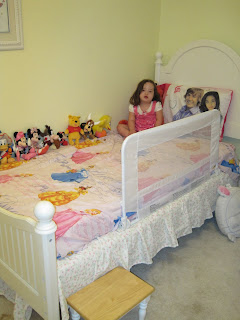 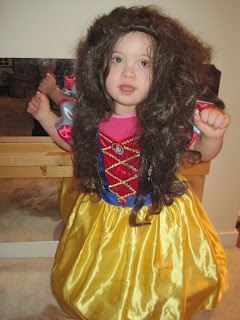 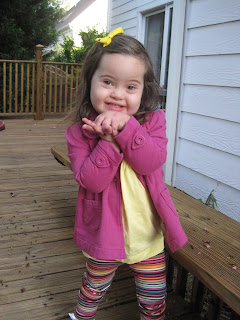 Ballet! She started dance classes a month or so, and she loves getting dressed up like a ballerina. For the first few classes she didn't want to go in by herself, and cried (or looked really sad) for a lot of the class; but the past couple classes she's gone in and holds the teacher's hand for most of the class, but does all the moves with the other kids. I think it's sad for her to know I'm right outside the door; but she does love dancing and especially loves the costume - she knows that it's really special to dress in a leotard and ballet shoes. 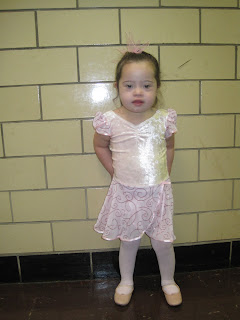 Here's Lilly at our neighborhood block party watching & dancing to the band - she is such a groupie! 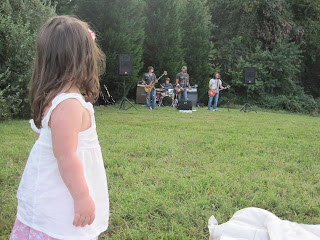 Lilly going to school on a rainy day! 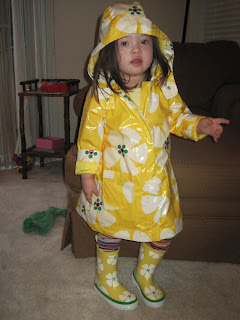 Horses! Lilly started hippotherapy a month ago, which is riding horses while doing therapy. Another very cool thing for her (I'm jealous!) and aside from the therapy benefits, she is so proud of herself up on the horse. She's a little nervous as she gets on, but then settles in perfectly. 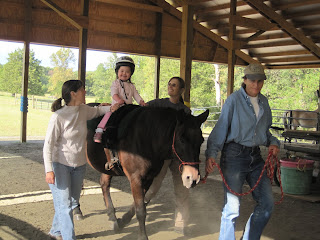 Well gotta go for now... Lilly has ballet in an hour and we have to get ready! Hopefully I will get back into documenting Lilly's life on a regular basis. Stay tuned!
Posted by Cathleen at 4:43 AM

Wow! Lilly does have a great life! What a smart, talented, precious little 3 year old! That IS quite a big girl bed. Does she stay in it all night?