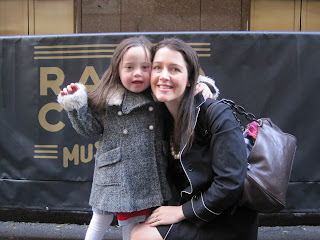 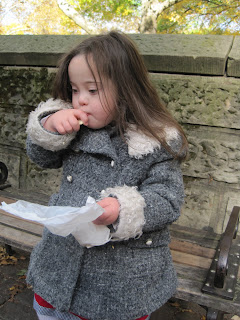 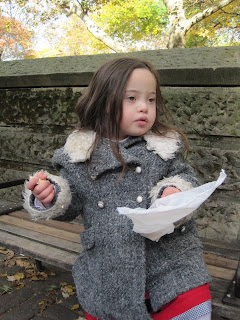 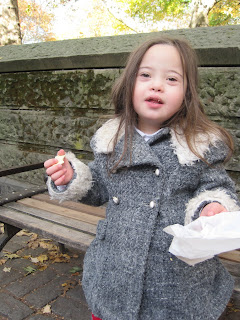 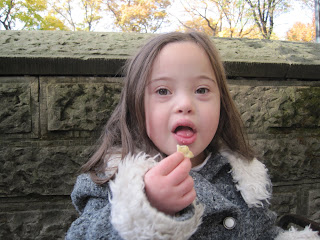 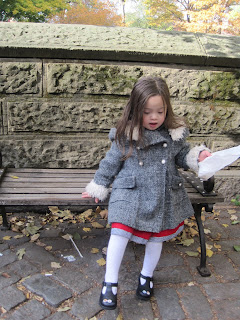 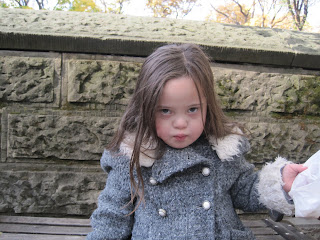 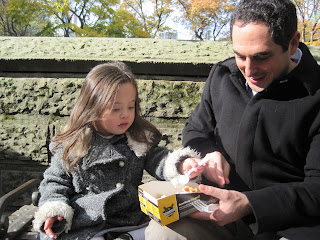 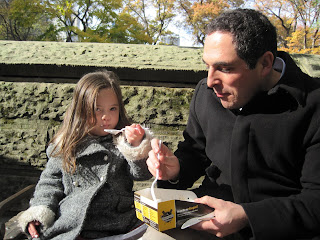 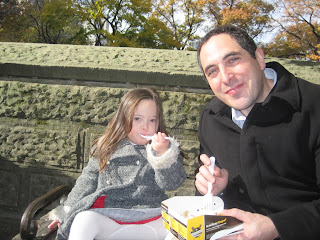 Lilly's face lit up like a Christmas tree - her smile shining huge, her eyes bright with excitement. After every song, enthusiastic clapping, glancing over at Jon and I to make sure we found it as breathtaking as she did.

Lilly should be in a commercial for everything she does. Her passion for appreciating things overflows.

We got tickets for the Radio City Music Hall Christmas Spectacular, thinking it would be something fun to do while we're living in Manhattan. Lilly loves the theater, she loves the music and the dancing and the energy of it all, so we knew she'd have a good time. She proved that she's theater-worthy when she saw Lion King and Mary Poppins both on Broadway. And I knew she'd like the Rockettes because she loves the scene in Annie when she's at the theater watching them dance. But still, it surprises even me when Lilly surpasses my high expectations.

It helped that there were other children sitting around us, asking for snacks and if it was time to go yet, pretending that they had to go potty so that they could take a break from the show. It proved once again that Lilly's passion for live performances is not to be taken for granted; this is a four year old who really appreciates it.

The commercial for the show is a little girl beaming, with the Rockettes dancing behind her. It is cheesy, for sure; but Lilly was the image of that little girl. The show itself was really good; I even teared up as the live camels and sheep led the shepherds and wise men to Baby Jesus, as Lilly watched on, wide-eyed. And she loved the scenes with Santa - especially when he flew across the stage. But the Rockettes, with their syncronized dancing, and all the songs - captivated my little girl.

Afterwards we walked through Central Park and ate waffles at a sidewalk stand. Magical morning.
Posted by Cathleen at 6:25 PM

Hi! Thank you so much for your comment on my blog. Lilly is BEAUTIFUL!!
I also get teary-eyed (embarrassingly so) when Samantha becomes captivated by something like that. Like when we took her to Nickelodeon Live last spring, and when I showed her Charlotte's Web for the first time recently. I love seeing our children react to the "typical" joys of childhood. :-)