Saturday morning we had our photography session at 9 am, which I wrote about a few posts back. The downside is it “wasted” a morning to get to the parks early and take advantage of “no lines” but in actuality we planned this as an Epcot day and really it’s hard to justify getting there early when the girls aren’t interested in riding anything with long lines at that park.

We ended up going over to Epcot at 11 am, and then realized that we left a ticket in the room. My dad went back to get it, while the rest of us “killed time” but riding the monorail to the Ticket and Transportation Center… then walked to the Polynesian… then took a boat to Magic Kingdom… then took a monorail to the Ticket and Transportation Center… then transferred to another monorail to Epcot. It took awhile but the girls had fun on all the different types of transportation. And I got to see the Polynesian, which I love.

We finally were walking around Epcot around 12:30 maybe? Jon took off to get fastpasses for he and I for Soarin and Test Track. The rest of us went to the Seas to ride Nemo and see Crush. As we were about to get on Nemo, Lilly said “potty!” and I was nervous from the day before. But luckily a cast member directed us towards really close bathrooms and told us how to get back and skip the line. (There wasn’t a “line” anyways, it was basically walk-on, but if you’ve ever seen the queue at Nemo, you have to walk like a mile to get through to the front!) We got back to the front with no problems and Lilly happily sat in her clamshell. Then we all went to see Crush, which Lilly likes – she basically likes any “show.” And she’s funny because you don’t think she’s paying close attention and then she answers a question or laughs or says something and you know she absorbs everything. Someone asked Crush what his favorite color was, and the rest of the show (and the day!) Lilly was asking all of us what our favorite colors are. And every time the audience laughed, Lilly cracked up.

When we were done with Crush, we started walking to the countries, it was 1:30ish. We stopped in Mexico to ride the Donald Duck boat ride, another favorite of the girls. Then… our favorite part – lunch with the princesses in Norway! I have to say that my parents are such good sports about humoring the girls (and us) with all the character and princess stuff. But when you see how excited the girls get with them, the expressions on their faces, the way it makes them feel so special, it’s worth it. Plus, the food is good. 

Norway didn’t disappoint. Belle was the princess at the front who greeted us, the appetizer buffet was good, we saw Sleeping Beauty, Cinderella, Snow White, and Ariel, and then our main courses were good as well. Another parade around the room, and Lilly got to hold Snow White’s hand the whole time.

Afterwards, it was almost 4 pm and the girls hadn’t napped! Which is normal for Lilly on a regular day but Disney is exhausting! My parents brought them back to the hotel while Jon and I did our fastpass rides. Also, we got to ride Segways in Innovention, which was a cool experience – it was easier than I expected but I would be scared to ride one in “real life.”

When we talked to my parents a couple hours later we found out Lilly took a short mini-nap on the way home, which meant she didn’t nap in the room when they got there. She laid down for awhile but never fell asleep. When my mom and Cassidy woke up, they headed over to Downtown Disney and we met them there. For us, it was tricky – Epcot doesn’t have direct buses in Downtown Disney. We had to go to another resort first then transfer. We should have gone out the back entrance of Epcot and taken a bus from the Boardwalk, but didn’t think of it until we were at the front, so we took a bus to Old Key West and then another bus.

After an hour on buses I was tired and thought Downtown Disney would be kind of boring for the girls but when we met up with them they were in the middle of a dance party! Lilly loves a good dance party, as we all know. There was a great DJ playing all the best dance music, and he taught all the kids (and some adults) all the right moves. I’m pretty impressed watching back the video of Lilly vogue-ing. Lilly has such a keen eye on watching moves and copying and anticipating what’s coming next. The girls even loved watching a dance competition, and clapped for the contestants they liked, and Lilly shouted out encouragements to the dancers. Both girls had a good time, and it was late when we headed back to the hotel. The dance party was definitely one of my favorite moments of our Disney trip – and those surprise moments of “I didn’t realize this would be magical” are even better than the planned ones.

The night ended with everyone packing up. Lilly, Jon and I were headed over to All Start Movies the next morning. While my parents would drive to Savannah to drop off Cassidy and then go back to Atlanta. It was sad knowing that our trip was nearing it’s end. 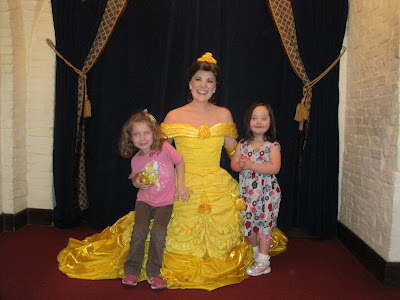 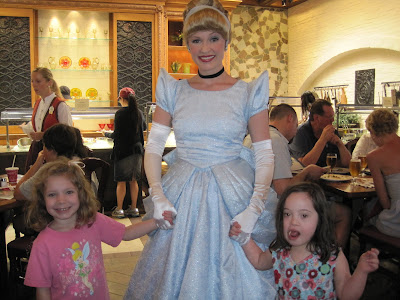 My beautiful daughter with bread in her mouth... 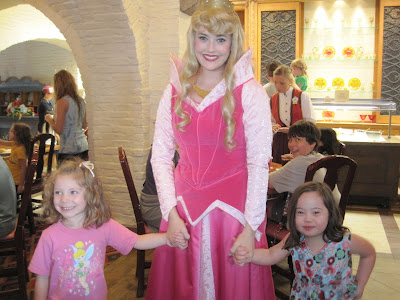 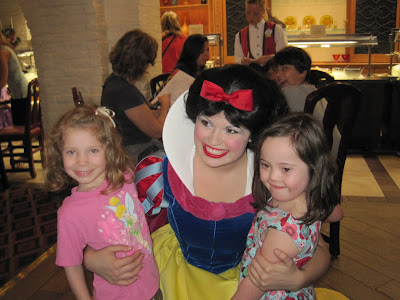 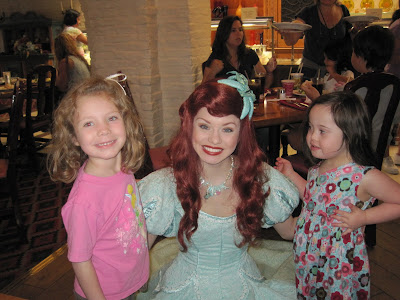 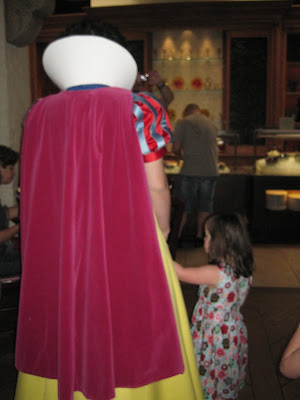 So, I think if we ever make it to Disney I'm going to re-read all of these posts first so I know what to do!! An excellent resource!

Btw, Samantha always picks the most inopportune moments to say she has to go to the potty, too. LOL